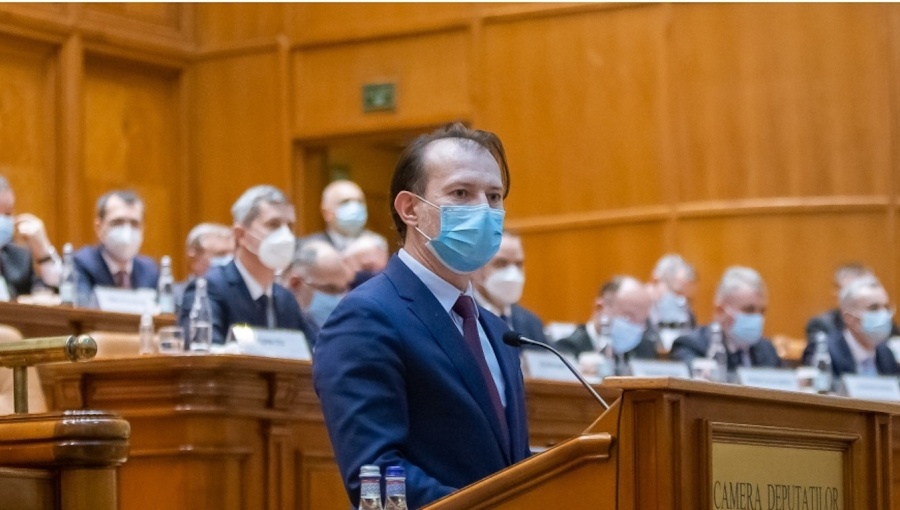 The Romanian parliament approved the motion of censure tabled by the Social Democratic Party (PSD) against the government of Prime Minister Florin Citu on October 5.

The motion was passed with 281 votes in favor, well above the 231 required. He was openly supported by the opposition PSD, as well as by the Radical Alliance for the Union of Romanians (AUR) and the reformist Union Save Romania (USR), the former ally of the National Liberal Party (PNL) of Citu who withdrew from the ruling center-right coalition in early September, complaining about Citu’s autocratic leadership.

Citu’s cabinet will continue to work as an interim executive in a reduced capacity, but it is unclear how a new government might be formed by the current parliament, and early elections cannot be ruled out.

The current crisis has been precipitated by a conflict within the ruling coalition led by the PNL alongside the USR (formerly USR-PLUS) and the Democratic Alliance of Hungarians in Romania (UDMR).

USR-PLUS announced on September 1 that it had withdrawn its support for Citu, accusing it of planning to “steal public money” via the RON 50 billion (10 billion euros). The party claimed that Citu had sought to buy political support from mayors in his battle with former Prime Minister Ludivuc Orban for the PNL leadership position ahead of the party’s leadership elections on September 25.

As the ruling coalition crumbled, the PSD filed a motion of censure against Citu.

Paul Stanescu, a senior party official, said ahead of the vote that it was “the first time in the history of Romanian politics that a prime minister had come to be hated so much”.

“Without any formal political alliance between the PSD, the USR and the AUR, parties with incompatible ideologies and visions, there is today a common sense consensus that Florin Citu should be ruled out. And no matter how hard they try to keep him alive, through various tricks he’s politically dead, ”Stanescu said ahead of the vote.

“The puppet has fallen! AUR wrote on his Facebook page after the vote. “On the occasion of International Education Day, Florin Citu and the puppeteer [President Klaus] Iohannis [a strong backer of Citu] learned a lesson from the Romanians: one cannot run the country against the people, without considering them and contrary to their interests.

After the vote, parliamentary parties are expected to meet with Iohannis, whose job will be to find a prime minister-designate.

PNL is in favor of a minority government led by Citu but there are two major obstacles to such a plan. First, previous decisions of the Constitutional Court have declared that a prime minister removed from office by motion of censure can no longer be appointed (this would be the second constitutional complication recently after the PNL “buried” the motion of censure of the USR).

Second, it would depend on behind-the-scenes support from the Social Democrats, as USR leaders say they will no longer work with Citu. The Social Democrats publicly insist on early elections or a technocratic government, but could end up reaching a private deal with the Liberals on a minority cabinet.

“The PSD will not support a minority government. At this moment, the Head of State, President Iohannis, must intervene and realize, recognize the stupidities committed, realize that we have an enormous vulnerability, as a State … This government can no longer It must fall tomorrow, ”Ciolacu told Romanian television before the vote.

However, there is still speculation that the party could support an NLP government as Romania grapples with a new wave of the coronavirus (COVID-19) pandemic.

The number of new daily COVID-19 cases has reached the highest number since the start of the pandemic (over 15,000) and the number of deaths per day has exceeded 250 (another record). Romania closed its hospitals for non-emergency cases on October 4 and appealed for international aid for COVID-19 drugs.

In turn, the USR continues to advocate for a return to the ruling USR-PNL coalition, with another prime minister as the only way out of the crisis.

“To date, the choice is simple: a government with USR PLUS or PSD,” the party wrote on Facebook after the results were announced.

“Florin Citu was sacked for all the reforms that have been blocked in recent months, for the failure of the vaccination campaign, for the use of money and public office to buy votes at the PNL congress”, adds the press release.

“Romania can only advance with a Prime Minister who does not block the reforms awaited for 30 years and demanded by the millions of Romanians who, just a year ago, voted USR PLUS and PNL. This prime minister is not Florin Citu.