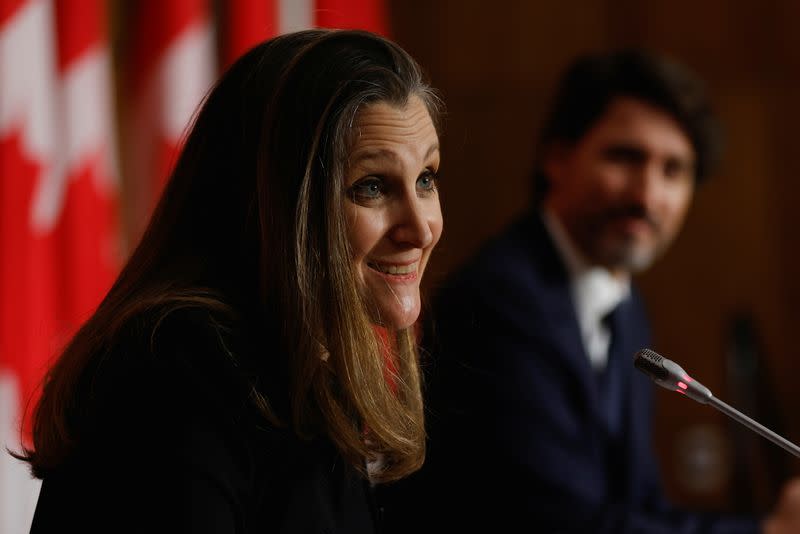 
OTTAWA (Reuters) – Canadian Finance Minister Chrystia Freeland said on Wednesday that a multilateral deal on taxing tech giants was “within reach” and that it should go hand in hand with an agreement on a world minimum corporate tax rate.

Freeland will travel to London this week for a meeting of finance ministers from the Group of Seven major industrialized countries (G7). They are expected to reach agreement on a minimum global corporate tax, according to a draft statement.

The United States proposed last month to set the minimum tax at 15%, down from 21% in April, but others have argued that its proposal does not go far enough on taxing tech giants like Amazon. .com Inc, Alphabet Inc’s Google and Facebook Inc.

“I am optimistic. We have had good conversations with our partners,” Freeland told reporters, when asked about the digital tax issue. “The new US administration (…) has taken a compromise approach and I think that really means a deal is within reach.”

Freeland said that if a multilateral agreement on the technology tax issue is not reached, Canada will move forward with its own digital services tax project, although she reiterated that both questions should be answered.

“For us, what we are looking for is an agreement on the two pillars one and two,” she said. “It’s important to us that they go together.”

(Reporting by Julie Gordon and David Ljunggren in Ottawa; Editing by Chris Reese and Peter Cooney)