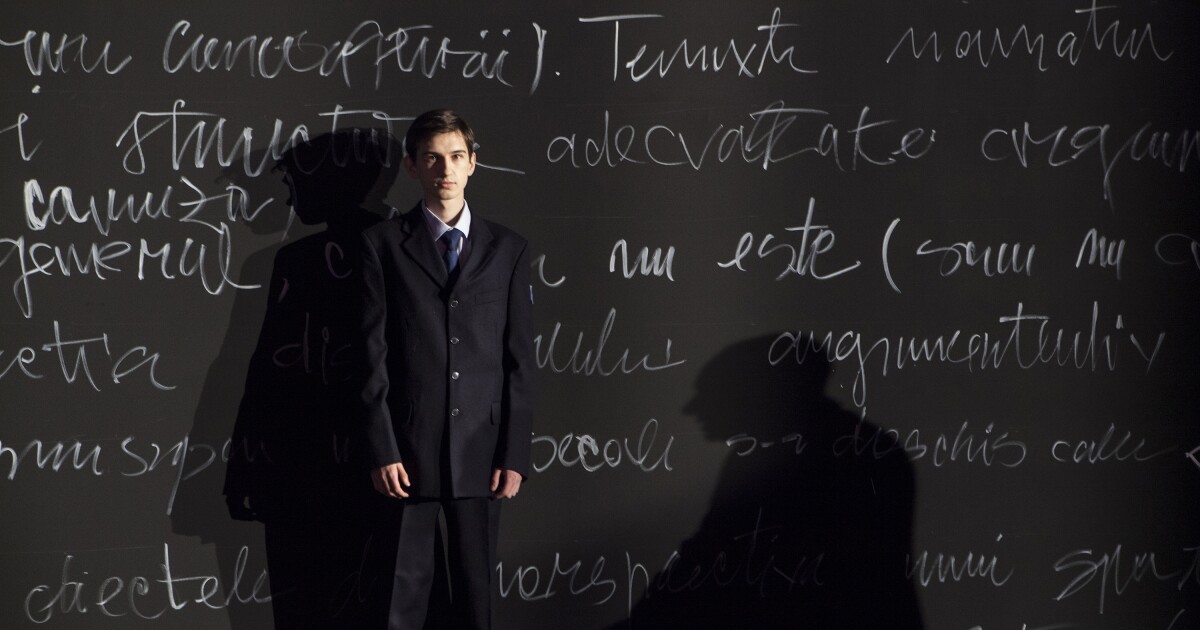 The daring Romanian director Radu Jude has two films showing in theaters in America this week.

For the “Majuscule”, aesthetically thrifty but stoically piercing, the filmmaker does not deviate far from the theatricality of its source. A brightly colored TV studio that houses a few different sets, each with oversized information technology symbols (a giant TV or a voice recorder), is the only location. Think of the vintage game show.

There, a multitude of characters speak directly to the camera about the “incendiary slogans” that the teenager Mugur Călinescu (played by Serban Lazarovici) has pasted on several sites in the town of Botoşani using chalk and capital letters. . The boy’s demands for freedom sparked a local uproar in 1981, during the last decade of dictator Nicolae Ceaușescu’s regime.

Between each fictional story, Jude abruptly inserts clips from a variety of TV shows and other footage from the era. Some are seemingly innocuous testimonials to a facade of prosperity (a cooking show), while others more vividly illustrate the propaganda material that uncritically extolled the glories of socialism.

“I did it to awaken the conscience of the people,” says the valiant teenager, whose simple act of protest was greeted by the state surveillance apparatus and blamed on the influence of Radio Free Europe broadcasts. .

Bending over the accusing testimonies of parents, classmates, and teachers, Jude paints a grim snapshot of a society collectively swallowed up by a ruthless ideological beast that feeds on fear. Jude, one of the most exciting and tireless authors in Eastern Europe today, continues to formulate unorthodox vehicles to combat institutionalized vices.

Crying out in all caps against unions and food shortages, Călinescu symbolizes the power of individuals who dare to discern their own personal trenches, no matter how insignificant they may seem. Yesterday and today, young people who misbehave with a righteous purpose will push us to move forward.

In Romanian with English subtitles