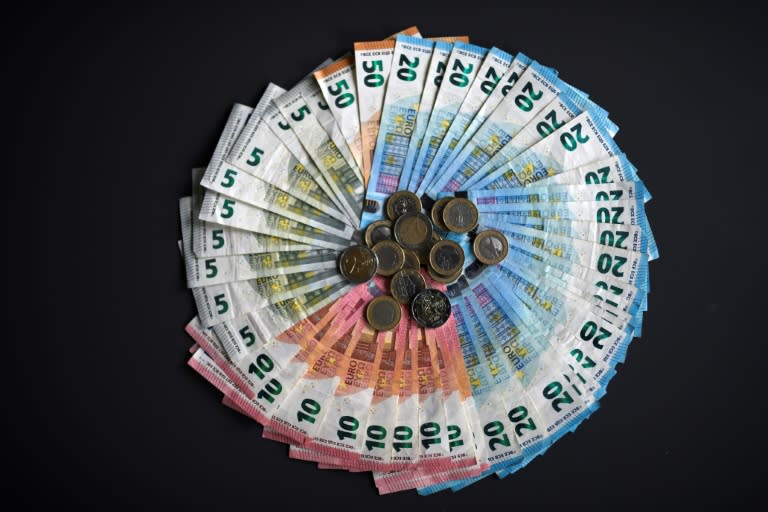 The euro marked 20 years since people started using the single European currency on Saturday, overcoming initial doubts, pricing concerns and a debt crisis that has spread across the region.

European Commission President Ursula von der Leyen called the euro “a true symbol of Europe’s strength”, while European Central Bank President Christine Lagarde described it as “a beacon of stability and solidity in the world “.

Euro banknotes and coins entered circulation in 12 countries on January 1, 2002, greeted by a mixture of enthusiasm and skepticism from citizens who had to exchange their Deutsche Marks, French Francs, Pesetas and lire.

The euro is now used by 340 million people in 19 countries, from Ireland to Germany to Slovakia.

Bulgaria, Croatia and Romania are next to join the eurozone – although people are divided over the benefits of abandoning their national currencies.

European Council President Charles Michel argued that leveraging the euro was necessary to support the EU’s goals of tackling climate change and leadership in digital innovation.

He added that this was “vital” work on a banking union and a capital markets union.

The idea of ​​creating the euro first appeared in the 1970s as a way to deepen European integration, simplify trade between member countries and give the continent a currency to compete with the powerful US dollar. .

“Obviously, Europe and the euro have become inseparable,” Lagarde wrote in a blog post. “For young Europeans … it must be almost impossible to imagine Europe without it.”

In the early days of the euro, consumers feared that prices would drive up prices as countries converted to the new currency.

Although some commodities – such as coffee in cafes – edged up slightly as companies rounded up their conversions, official statistics showed that the euro brought more stable inflation.

The prices of more expensive products have not increased and have even fallen in some cases. Nevertheless, the belief that the euro has made everything more expensive persists.

The red, blue, and orange banknotes were designed to look the same everywhere, with illustrations of generic Gothic, Romanesque, and Renaissance architecture to ensure that no country was portrayed against the others.

In December, the ECB said the bills were ready for a facelift, announcing a design and consultation process with public assistance. A decision is expected in 2024.

“After 20 years, it is time to revisit the appearance of our banknotes to make them more accessible to Europeans of all ages and from all walks of life,” said Lagarde.

Euro banknotes are “here to stay,” she said, although the ECB is also considering creating a digital euro in tune with other central banks around the world.

While the dollar still reigns supreme in the world, the euro is now the second most used currency in the world, representing 20% ​​of global foreign exchange reserves against 60% for the US greenback.

Von der Leyen, in a video statement, said: “We are the largest player in world trade and almost half of this trade is carried out in euros.”

The eurozone faced an existential threat a decade ago when it was rocked by a debt crisis that started in Greece and spread to other countries.

Greece, Ireland, Portugal, Spain and Cyprus were saved thanks to bailouts in exchange for austerity measures, and the euro came out of the abyss.

Members of the Eurogroup of Finance Ministers said in a joint article that they had learned “valuable lessons” from the experience which enabled their euro-user countries to respond quickly to the fallout from the coronavirus pandemic.

Yanis Varoufakis, now leader of the DiEM 25 party who resigned his post as Greek finance minister during the debt crisis, remains a sharp critic of the euro.

Varoufakis told the Democracy in Europe Movement 25 website that the euro may make sense in times of calm, as borrowing costs are lower and there is no exchange rate.

But holding a country’s currency is like “auto insurance,” he said, because people only know its value in the event of a traffic accident.

In fact, he accused, the euro increases the risk of having an accident.