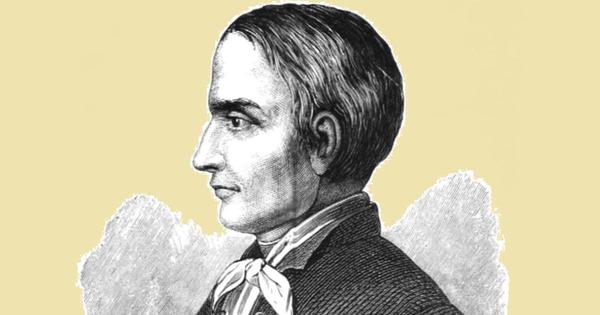 In 1816, a 32-year-old Hungarian scholar with a special gift for language learning won a scholarship to study at the University of Göttingen, a prestigious research institution in Germany. This event put Sándor Kőrösi Csoma or Alexander Csoma of Kőrös on a journey that would eventually bring him to the external borders of Tibet and help Europe understand the philosophy and culture of the “roof of the world”.

In three years at university, Csoma studied Asian languages ​​and became interested in Central Asia. His passion for the Orient was such that the Hungarian’s mission was to unearth linguistic links between Europe and Asia. To achieve this, he made a path from Europe to Mongolia via Odessa, Moscow and Irkutsk in Siberia, but the plan did not work. Instead, he set off in 1819 on a long journey from Romania to Bulgaria, Greece, Egypt, Lebanon, Syria, Iraq, Iran, Uzbekistan and Afghanistan until which he eventually reaches India.

“We now know that Csoma’s original plan ‘for the development of certain obscure points of Asian and European history’, devised in Hungary, was to go through Central Asia, as (his teacher Samuel) Hegedus points out. emphatically “to the borders of China Empire and to Mongolia”, and we can trace its footsteps from Persia to Khorrasan and Bukhara, through Balk, Kulm, Bamian through the Hindu Kush, in that direction to what he reached Kabul on January 6, 1822 ”, Hungarian army officer Tivadar Duka wrote in his book entitled Life and works of Alexandre Csoma de Koros, which was published in 1885.

From Kabul, Csoma traveled to Lahore, then to Kashmir and Leh. He planned to continue his journey to Yarkand in what is now Xinjiang, but was warned of dangers to European travelers on the route which was notorious for the bandits.

It was in India that Csoma met British explorer William Moorcroft, with whom he developed a close friendship. The two traveled together from Punjab to Leh, and Moorcroft introduced the Hungarian scholar to the Tibetan language by loaning him a copy of Agostino Antonio Giorgi’s book. Tibetan alphabetum. “This book was studied by Csoma and thus prompted Moorcroft to have a perfect mastery of this language if, during his studies, his daily needs could be met,” Duka wrote. “At the time of which we speak, the British power groped slowly and extended its influence towards Central Asia: undoubtedly the officers of the government at the border saw the advantages which could gain a thorough knowledge of the ground of Tibet, which then was truly a Terra Incognita for Europeans.

The British paid Csoma a stipend of Rs 50 per month while he was learning Tibetan. While learning the language from a lama in Zanskar, Ladakh, he developed a great interest in Buddhism and Tibetan religious texts. After six months in Ladakh, he wanted to move to Kullu, but was arrested by a British captain near Solan. Csoma was only released after Moorcraft wrote a letter confirming that the Hungarian was a true scholar and not a spy.

For seven years, Csoma lived in different parts of Ladakh and the areas of Himachal which border Tibet. He immersed himself completely in Tibetan studies and read 100-volume Kangyur and 240-volume Tengyur, the sacred texts of Buddhism that found their way to Tibet from India when the religion spread to across the Himalayas.

While living in the Himalayas, Csoma, being the linguist that he was, was able to establish Buddhist connections with ancient Europe. In a letter he wrote: “In the eastern and north-western parts of Europe there are many vestiges of ancient Buddhism and Sanskrit words among all the peoples who recently, after the time of Charlemagne, converted to Christian faith by means of the sword. He added: “But the most numerous monuments of these are Sanskrit words used by Greek and Roman writers in their accounts relating to ancient Thrace (Rumelia), Macedonia and the countries on both sides. of the Danube, Serbia, Pannonia and the Dacha. “

As he continued to master the Tibetan language, Csoma compiled the first English-Tibetan dictionary. It took several years and various revisions before the Hungarian felt the dictionary was ready for publication. In a letter, he wrote: “The dictionary is too large: yet it is in pure Tibetan, well-written in beautiful small capital letters, arranged in alphabetical order. I did not yet have time to add the meaning of each word in English. I can translate most of it without error, but for the explanation of many words I have to get help from a clever Tibetan. This labor of love was finally ready in 1831.

In the spring of 1831, the Hungarian was invited by the British to live in Calcutta, where he wanted to publish his dictionary. Csoma joined the Royal Asiatic Society of Bengal and will work closely with her for the rest of her life. His work in the Himalayas caught the attention of Sanskrit scholar and Orientalist Horace Hayman Wilson, who became interested in the Tibetan dictionary.

Wilson, who was an original member of the Royal Asiatic Society, asked the British authorities in Calcutta to sponsor the publication of the dictionary. In response, Government Secretary General George Swinton wrote: “The Vice President in Council is inclined to think that it is highly desirable that the Tibetan grammar and dictionary prepared by A. Csoma de Kőrös be published in Calcutta, government expense, India being the most suitable location for publication, and government probably the only party incurring the expense. “

Before Wilson left Calcutta in 1833 to become professor of Sanskrit at the University of Oxford, he wrote a biographical sketch of Csoma in the Journal of the Royal Asiatic Society. “The sketch, as far as it has gone, has so far served as the basis for all opinions on Csoma’s past life,” Duka wrote.

Two years after arriving in Calcutta, Csoma was unanimously elected an honorary member of the Asiatic Society. James Princep, who replaced Wilson as company secretary, took the initiative to make Csoma an honorary member. While naming the Hungarian, he wrote: “The Documents Committee is aware of Mr. Csoma’s qualifications as a Tibetan, Sanskrit and general linguist, and I have nothing to say in recommending him to the proposed honor of conferred on him more, unless it is to remind members that he has spent the last two years preparing catalogs, translations and overseeing the preparation of his Dictionary, without accepting any remuneration from the Society or the Government .

Money did not seem to be a motive for Csoma. After arriving in India, he focused on understanding Tibetan language, culture and customs and making them accessible to Europeans. Duka added: “The only reward Csoma ever sought was an appreciation of his work by his contemporaries and his posterity.”

In 1837, the Hungarian scholar became the librarian of the Asian Society, while continuing his research on Tibetan religious texts. He lived on the premises of the company.

“From late 1837 until early 1842, Csoma remained in Calcutta, organizing the Tibetan works of the Asian Society as a librarian,” Duka wrote. “He has published several treatises and scientific articles and was engaged by Dr (William) Yates and other missionaries in translating the Liturgy, Psalms and Prayer Book into Tibetan.

One of his dearest dreams was to visit Lhasa and central Tibet. He made plans in 1842 to visit the area, with the full support and blessings of the British, but contracted malaria while crossing the Terai in March of the same year. He arrived in Darjeeling in poor health and died in the city.

His attachment to Calcutta and the Asiatic Society was such that he vowed to return to the city after his expedition to Central Asia, but this was not the case.

He left a great legacy and is widely known as the founder of modern Tibetology. Csoma’s dictionary, grammar, and other publications were considered essential study materials for Tibetologists in Europe in the 19th and 20th centuries, including Russian scholar George Roerich, who managed to draw on them. work carried out by Csoma.

In his native Hungary he is fondly remembered as a “pilgrim scholar”. In October 2021, a delegation of Hungarian academics visited the room where Csoma worked at the Asian Society of Calcutta. The room was renovated with support from the Hungarian Embassy in Delhi a few years ago and contains memorabilia associated with Csoma.

Margit Köves, Visiting Professor in the Department of Slavic and Finno-Ugric Studies at the University of Delhi, who has been teaching Hungarian in India for more than two decades, Recount The time of India that Csoma was one of the “earliest examples of Indo-Hungarian cooperation which continues to thrive to this day”. Bengali, Marathi and Sanskrit were among the 16 languages ​​that Hungarians mastered.

More than two centuries after embarking on the adventure of his life, the work of Alexander Csoma de Kőrös is celebrated in East and West alike.

Ajay Kamalakaran is a freelance writer and journalist based in Mumbai. He is Kalpalata Fellow for History & Heritage Writings for 2021.