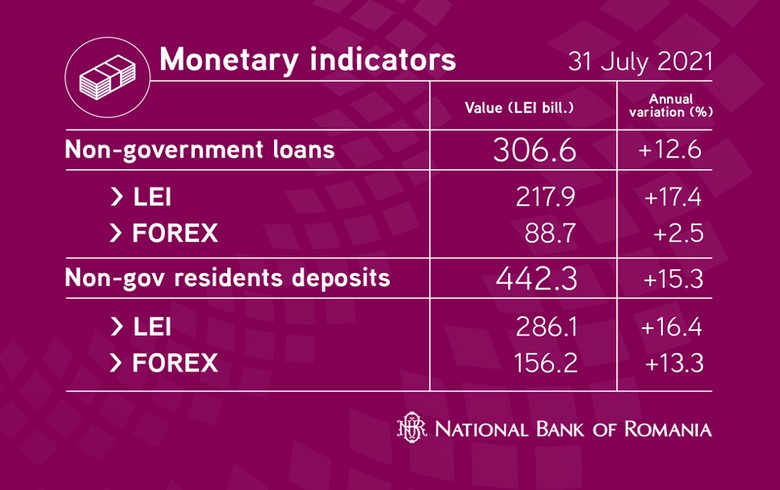 Foreign currency deposits increased 13.3% over the year to 156 billion lei in July, after increasing 11.5% in June.

The details follow (in billions of lei, nominal percentage change):