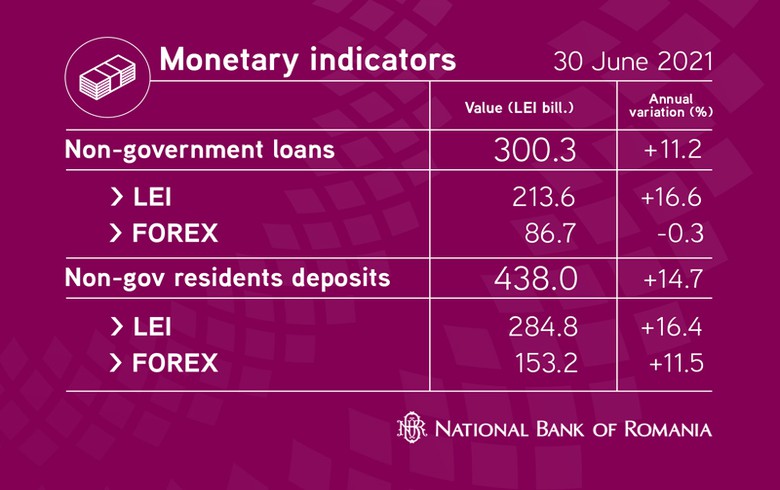 Leu deposits grew 16.4% over the year, reaching 284.8 billion lei in June, compared with a 15.4% growth in the previous month, BNR said in a monthly monetary statistics report. .

Foreign currency deposits increased 11.5% over the year to 153 billion lei in June, after increasing 10.5% in May.

The details follow (in billions of lei, nominal percentage change):